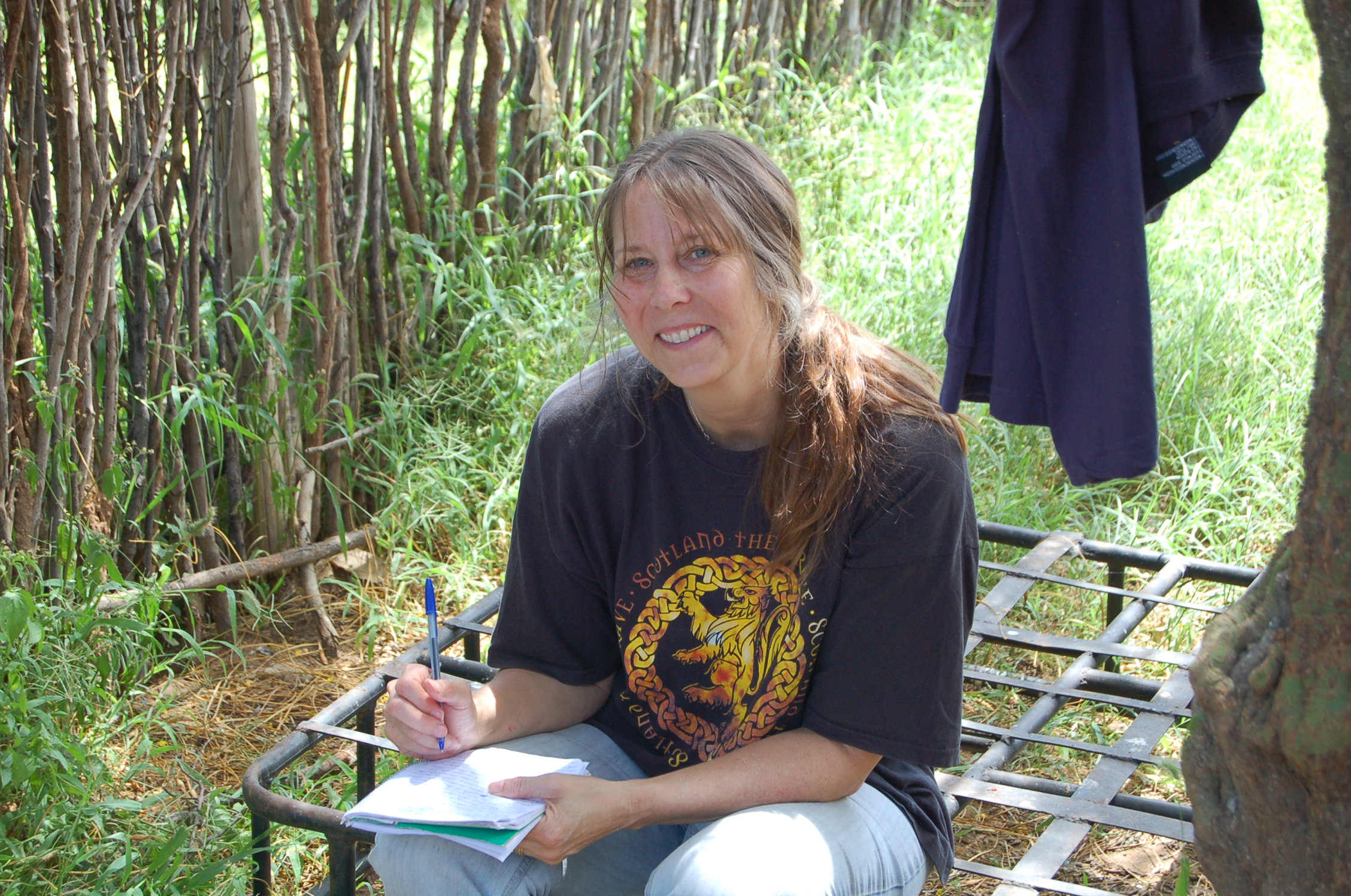 Stories Behind the Songs ~ 1

Every song has a story…so then, here’s a few of my own…

Rough Cuts from the Castle… 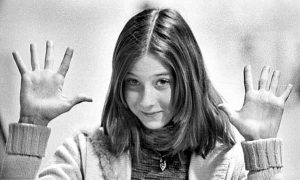 Ever since I was a little girl, watching Errol Flynn in the classic Robin Hood, I’ve had a fascination with the chivalrous era, castles, flowing medieval gowns and virtuous swashbuckling heroes!  And it just so happened, Braveheart, the epic tale of William Wallace, was released on my 33rd birthday!  Thanks Mel! 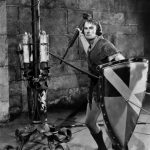 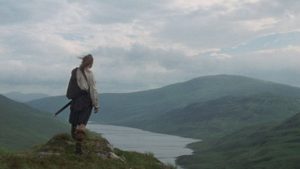 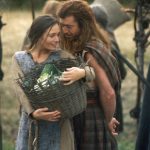 Couple that with Magnus Redlon, my great grandfather x6, being press ganged away from his home on the shores of Orkney, and you have an adventuresome saga in the making, one that’s been tugging at my heart for decades.  This restlessness beckoned me out upon an amazing journey, which I believe you’ll find reflected in the songs you’ll discover on Rough Cuts From the Castle.

The Redlon/Ridley Family Crest from our family book!

Not long after 911, I was invited to perform in Germany, at Tannenhof Resort in the Bayeri 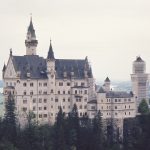 walks and friendly people of Bavaria, along with dear friends, The Georgmaier’s made it an enchanting visit that inspired, “A Man of Honor,” “How about a Fantasy?” and “Is it You?”

Meanwhile, “Every Time It Rains,” also featured on “The Plan” was penned in my beloved Scotland.  One stormy day in June, curled up in the window seat at Cuil Na Sithe (Gaelic for Corner of Heaven) I watched as a storm approached over the peak of Ben Nevis.  The gathering clouds and patter of rain upon the window, hastened by the blustery wind inspired me to put words to melody, reflecting how deeply this glorious country had touched my heart.  It was a journey I truly would remember, every time it rained!  The song has been featured on “One Life to Live” and “The Young and the Restless,” but I have to admit, the day my publisher called to say, “Your song’s on a soap opera!,” initially, I was thrilled!  Wow, my song was playing on a major network show…then as it sunk in, I thought, “Oh dear, my song is on a soap opera!  I hope it’s a scene my Mom & Dad can watch!”  By God’s grace, they have been! 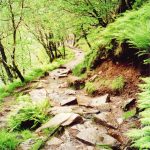 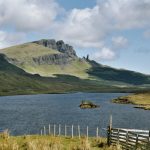 “Forever” has a distinctly Journey-esque feel, for after waking from a vivid dream that I was jamming with the band, I dashed to my 1912 Steger & Sons upright grand where the song literally, spilled out so quickly, I scarce could write it down.  The more I played it, the more I imagined Steve Perry singing it, and I’ve endeavored to make that happen!  A good friend, Jody Harris, created that epic guitar intro & solo, as well as those dreamy backing vocals!  Though it would truly be a dream come true for Steve to record this song, even nicer, was meeting him at a cafe in LA, thanks to the orchestration of an anonymous tweeter.  For a few rare moments, I was able to tell him how much I admire his music, gift him with a Samburu bracelet, in San Francisco 49-er colors and let him know I’d been praying for him.

For our fellow Lord of the Rings Fans, you’ll find “Frodo, Fare Thee Well” written with the winsome Ennis Pruitt an intriguing find.  Both avid fans of the trilogy, we were inspired to share a bit of LOtR Lore in song, and with a bit of boldness, found our tune being considered for inclusion in “Return of the King!”  Alas, Howard Shore and Annie Lennox produced the winning combination, yet we received a lovely note of thanks from the Wing Nut team!

Since this is a bit of a retro album, there’s someone I’d like to mention from the I Wish You Well project.  Working to a deadline, the liner notes had been edited several times, from 12 pages, to 6, then down to 4, and in that, my dear friend Carlos Mogollen was never given credit for co-writing the emotionally charged, reminiscent of Selina, “You’re the One.”  It was entirely his melody, and a privilege to craft lyrics together, so though it’s a few years overdue, I wanted to thank a very talented writer, performer and friend who was my musical partner for adventures in NYC & WPC!  Thank you Carlos!

Life is truly a journey, and to all my wonderful songwriter and musician friends I’ve had the privilege of creating music with, I’d like to say a humongous, Thank You!  In particular to Tosh Ono for the amazing guitar skills & encouragement! To Susan Raugh & Tony Ward who remind me often, “Not all Angels come from Heaven,” some are right here on Earth!  To Brian Finnerty for sailing in Bermuda and arranging the Clay House Inn debut.  To Susan Duffy for the Kerrville road trip & Kevin Meaney jokes!  To Linda Borden for stories about your Gran & time at the farm. Mark Elliott, Tim Johnson, Mickey Justice, Catesby Jones, Gordy Thomas, Mike Daly, Harry Warner, Raggedy Man, Pam Tillis, Kathy McGovern, Troy McConnel, Vick Willis, Ree Van Vleck, Dickey Lee and the Carroll family for your friendship and making Nashville a wonderful place to be a songwriter!  To Mike Kohler, for recording my very first songs at Trion, you are missed!  And especially to John Blanche for years of expertise, patience, kindness & taking me to see puppies on days when it was too hard to get through the songs. You are all so very dear & hold an especially treasured place in my heart!

Also, another humongous thank you to Cindy Badell-Slaughter and Barbara Jordan at Heavy Hitters Music!  You ladies rock, enhancing film & television with your music savvy!  Thanks for letting my tunes get up to bat!

Ah, the human heart is an exquisite creation.  Within it lies the capacity to ascend the heights or plunge the jagged depths of emotions.  The joy and pain combined are what make us fully alive, so cling to those innocent, first blooms that whisper, “Oh fragile heart, take courage, be patient and kind, do not envy or boast, be not arrogant, nor rude, and do not insist on your own way, instead… 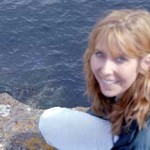 “Rough Cuts from the Castle” is my collection of love songs, created over the last decade, to transform an ordinary day, into multi faceted sparkling jewels.  May each radiant offering inspire you to great deeds of kindness, chivalrous adventures and a spirit that bids you to fearlessly pursue your dreams!

I wish you Peace,
God’s richest Blessings
and Wonderful Adventures,

With love from the Castle, 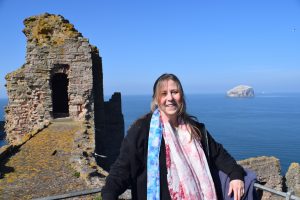